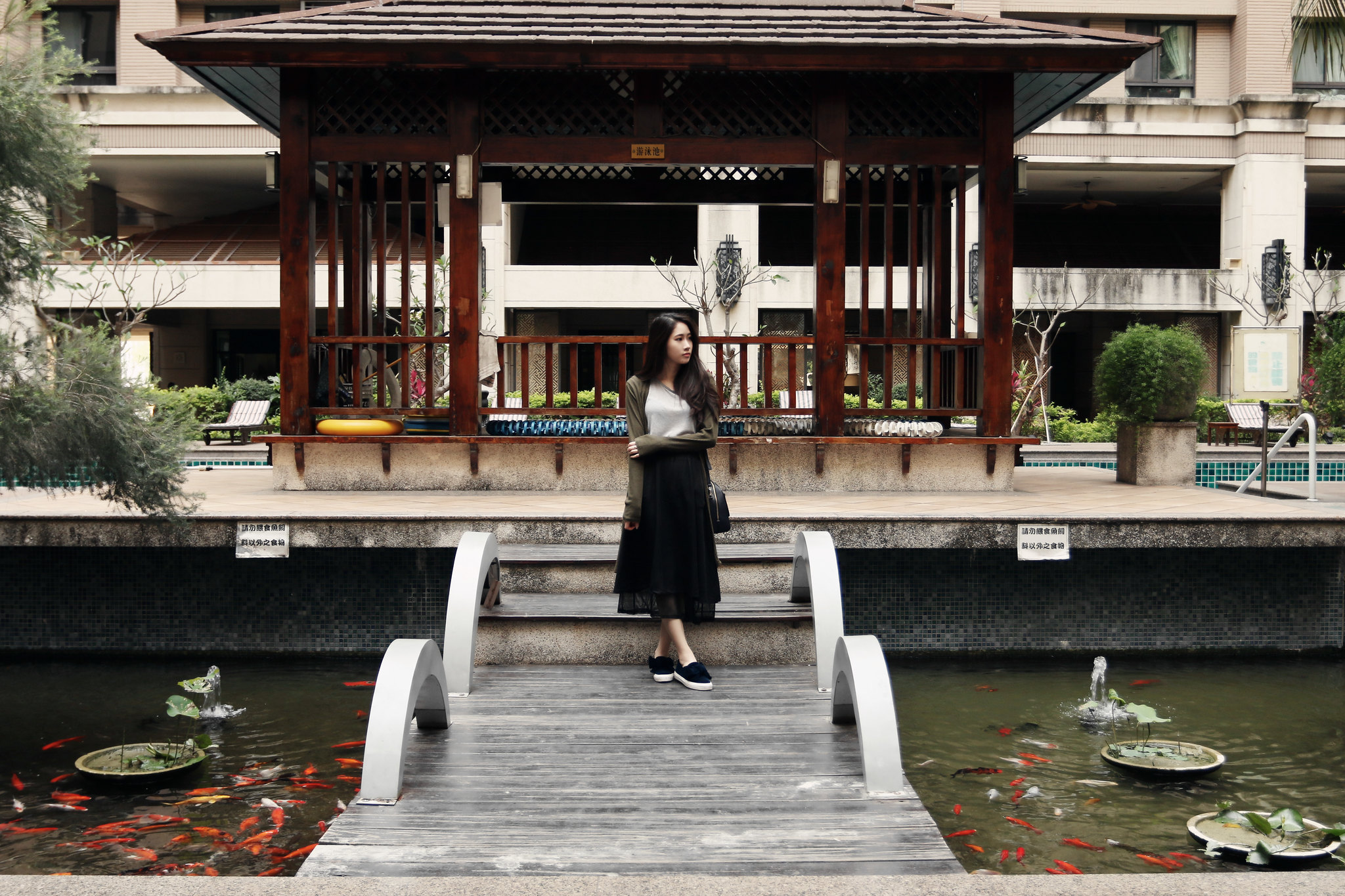 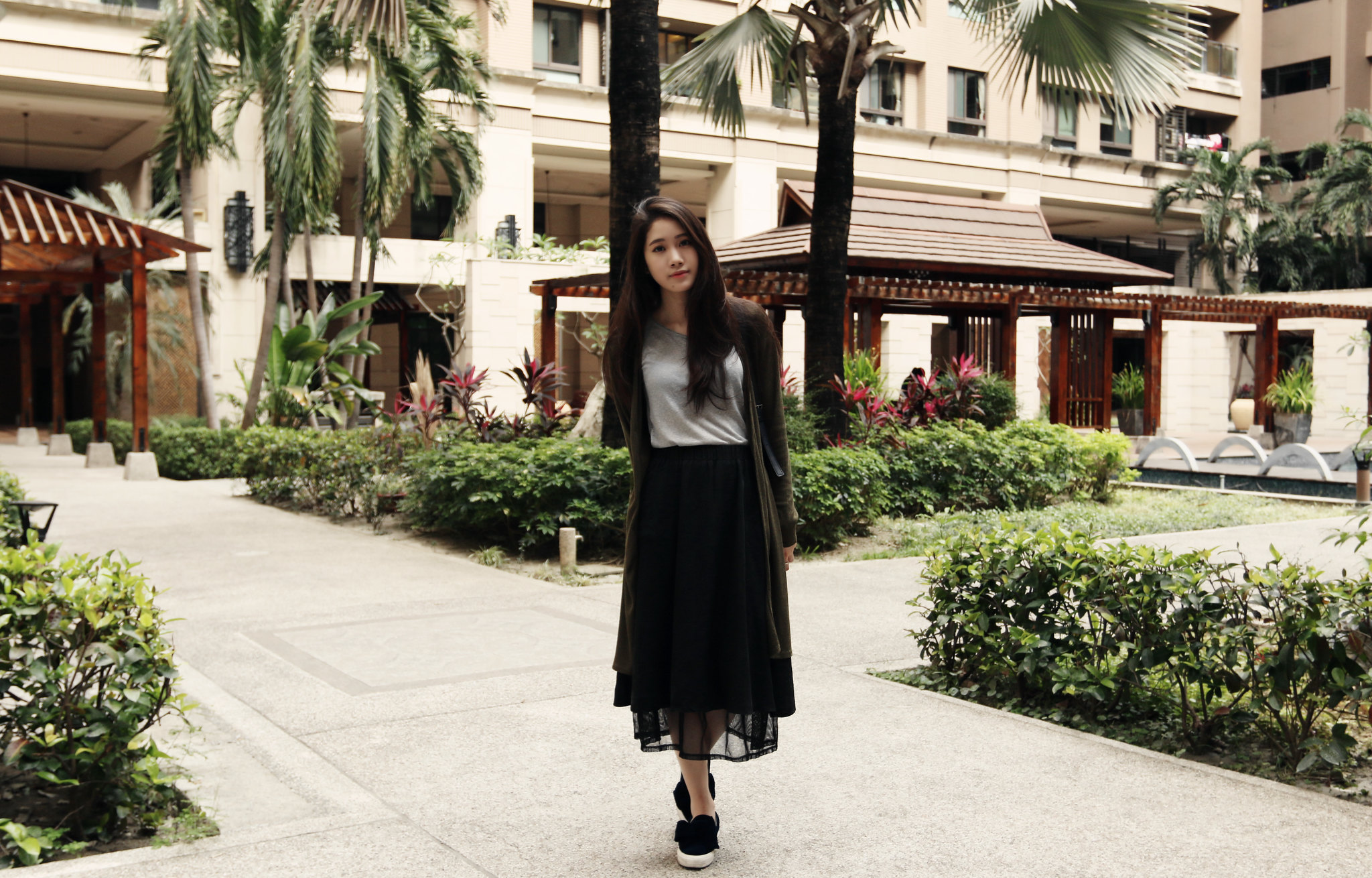 This past May was Asian Pacific American Heritage month, and though it’s not May anymore, I still wanted to complete this tag, especially since I’ve recently come back from my first trip to Asia!

As some of you may know (if you follow me on Instagram), I was in Taiwan most of April, and came back towards the end of April/beginning of May. I really wanted to get this post out sooner, but I came back to so much work at both the office and for the blog too! But here I am now, so I thought “better late than never,” right?!

This post was mainly inspired by many of the Asian American vloggers that I admire and look up to on YouTube, so I’m going to follow their format and answer the list of questions that were provided for this tag! Though I generally post a lot about fashion, Clothes to Youuu is a lifestyle blog, and I want it to also be a good representation of who I am, not just as a blogger, but also as a member of the budding Asian American community in LA, so that’s what also inspired me to write this post!

This is definitely going to be a bit longer than most of my usual posts, so sit back, relax, and maybe grab a snack! Happy reading! 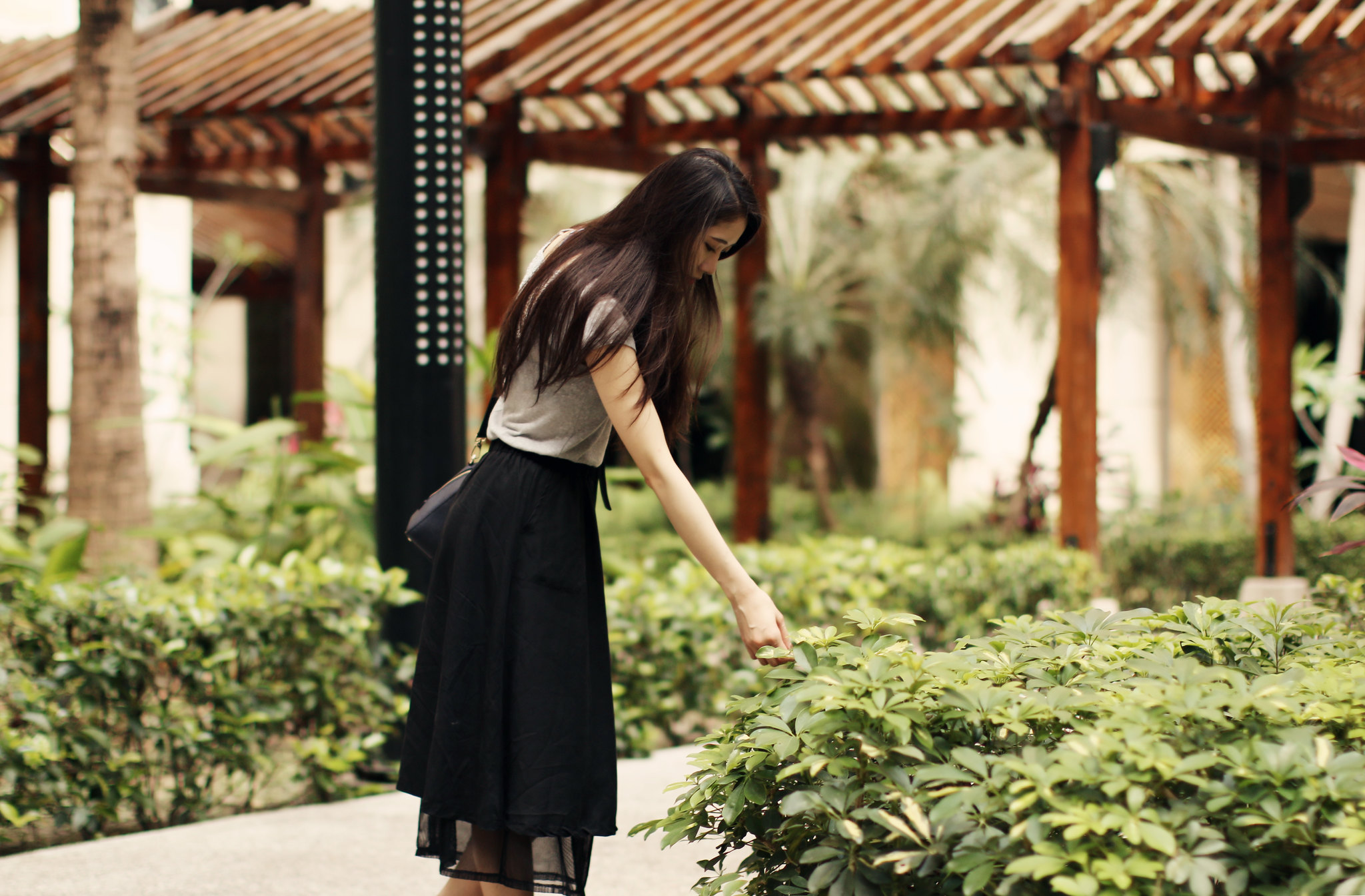 1. Which ethnicity are you?

I am Chinese-American. Yes, you read that right, Chinese. My last name is “Tran,” and I often get mistaken as Vietnamese, but my family is full Chinese, with ancestry from Guangzhou, China. “Tran” is actually just the Vietnamese spelling of the Chinese last name “Chen” or “Chan.” In the form of Chinese characters, all three of these last names are written the same way, with the same Chinese character, “陳.”

The reason behind the last name “Tran” is due to the fact that both of my parents were born in Vietnam, but ethnically, we aren’t Vietnamese at all. During World War II, when China was attacked by Japan, my great grandparents had to flea their home in Guangzhou in fear for the safety of their families, so they followed a large group of Cantonese people who went to Vietnam in hopes of peace. My grandparents and parents were then born there, and lived their early lives there.

2. Which generation are you?

I would consider myself second-generation, since I was born and raised in America. Likewise, my parents spent a majority of their lives in the US, since they immigrated here in their late teens, so they’ve both since been naturalized and have been American citizens for over thirty years now.

3. What is the first experience where you felt that demarcation of being a minority/different?

I live in LA County, in a city called West Covina (if you’ve ever seen the TV show, Crazy Ex Girlfriend, then you’ll know where this is hahaha). And although West Covina has a good mixture of Caucasians, Hispanics, and Asians and Pacific Islanders, West Covina’s neighboring cities, such as La Puente (where I attended elementary and middle school), Baldwin Park, and Covina were predominantly Hispanic.

Before elementary and middle school though, I only played with my cousins, and never really interacted with children of other races, so I never felt different.

It wasn’t until elementary school that I finally understood that I was a minority. The school I attended had 800 students (including its kindergarten, elementary, and middle school students), and of those 800 students, only my cousin and I were Asian. Yes, that’s right, there were only 2 of us out of 800 people. To say that we weren’t bullied would be an absolute lie.

I remember the first time I felt that I was different – it was when I was around 8, and my cousin and I walked in to the girls’ bathroom. A group of other girls were clearly speaking English at first, but they suddenly switched to Spanish upon seeing us. And that’s when I knew that they were talking about us. At that moment, I remember feeling hurt because we hadn’t done anything wrong, and it seemed like the sole reason they were talking about us was because we were different. And that was just the start. Throughout the course of those eight years of elementary and middle school, I dealt with being bullied due to my heritage, where I was picked on for being “smarter,” called “chink” and “chino” by fellow classmates on a daily basis, and made fun of for liking foods that others saw as “disgusting.”

4. Were you always proud of your heritage or was there a time you rejected it?

Despite all of the bullying, I was always proud of my heritage. As a child who dealt with that kind of racism and prejudice from such a young age, I understand what it feels like to be left out and to want to fit in.

And that’s when I decided that if I wasn’t proud of my own heritage, then no one would be. It’s up to us as Asian Americans to help gain recognition for and awareness of our community, and that can’t be done if we were ashamed of our own culture.

5. What are some stereotypes that you struggle with?

I think one of the biggest stereotypes surrounding Asian Americans is that we just naturally do well academically. And while I did do do well in school (I graduated number 6 in my class with a 4.67 GPA), it wasn’t because I was “naturally smart.” It was because I studied hard and really made an effort.

As a second generation Asian American, I knew that my parents gave up basically their whole lives in their home country to come to America in hopes of a better life. And I wanted to work hard and exceed their expectations in order to make them proud. I wanted to honor the sacrifices they made by doing things that I knew would make them happy.

Another stereotype that surrounds a lot of Asian Americans is that we excel at math and science. While I enjoyed math, I hated science. Growing up, I was so confined by this “stereotype” that I struggled throughout my AP Biology and Environmental Science classes. I was genuinely unhappy, but I wasn’t willing to accept the fact that science just wasn’t something that my brain processed. And I was so focused on getting good grades in all of my classes that I never really realized how creative I was.

It wasn’t until college that I started taking more electives to figure out what subjects I really liked, and that’s when I discovered my love for English and literature. With this passion for reading and writing, I discovered even more about my creative side and started dabbling in more creative endeavors such as fashion, blogging, and music.

All in all, I think the stereotypes I faced as I was growing up confined me because in one way or another, I was unconsciously trying to fit in to this cookie-cutter “norm” of Asian Americans. I’m so glad that I’ve since grown out of trying to fit in to someone’s expectations of how I’m supposed to be, accepting the fact that we all have our strengths and weaknesses, and most of all, embracing my creative side.

6. Can you speak your language?

Yes! I speak fluent Cantonese, and conversational Mandarin! Of course, English will always be the language I’m most comfortable with, since I think I can express all of my emotions and feelings the best with English, but I’m so glad that I can also speak Chinese well enough to communicate with my family on a deeper level.

Although my parents learned English and spoke it regularly at work, they refused to speak English with me at home because they were always afraid that I would forget Cantonese.

They never worried about my ability to learn English because they knew that English was taught in school, and all of the friends I made at school communicated with me in English as well.

They wanted me to learn Mandarin too, since its the language that most of China uses, so I was enrolled in Chinese school as well on the weekends, where I learned how to speak, read, and write in Chinese. I used to hate having to attend classes on Saturday, but looking back at it now, I’m so glad that my parents enforced these rules and classes.

I think one of the main advantages that we have as Asian Americans is the ability to be bilingual or even trilingual, which definitely sets us apart from individuals who can only speak one language. And of course, I’m so glad that I can talk to and understand my parents because it’s helped us stay close even after I’ve grown up!

7. How has being Asian American affected your relationship with your parents?

Being Asian American has made me appreciate my parents so much. Having been born and raised in America, I can’t even begin to imagine leaving the US right now and going somewhere new to start my life over again. But that’s exactly what my parents did.

My grandparents and parents had no idea what kind of life they were really going to lead in America, but they were all betting on the hopes of something better, and that’s why they left everything they knew behind to come here. And for that, I can’t thank them enough.

When they first got to America, life was definitely not easy, and I know that racism might’ve been even more severe back then, but they still did everything they could to provide us with the lives they’ve always wanted, just so we won’t have to go through what they went through. And for that, I’m eternally grateful.

8. How do you feel about your heritage now? Do you identify with it?

Yes, I definitely identify with being Chinese American, and most importantly, Asian American!

We are one of the first few generations of Asians to be born and raised here, and I know there’s still a lot of adversity that we have to face in forms of prejudices and racism, but I love how the Asian American community as a whole is slowly coming together with people from all across the spectrum to help us all have a voice in the world.

It’s definitely not going to be easy, but I think if we are all proud of our heritage, raise awareness for our community as a whole, and work hard to become sources of inspiration and strength for other Asian Americans, we will definitely be a force to be reckoned with!

9. What is your favorite thing about being Asian American/your heritage?

My favorite thing about Asian Americans is our perseverance. As children of immigrants, I think a lot of us feel a certain obligation to our parents to do well, and this is what’s pushed a lot of us to study hard, work hard, and persevere in everything that we do in order to make our families proud. 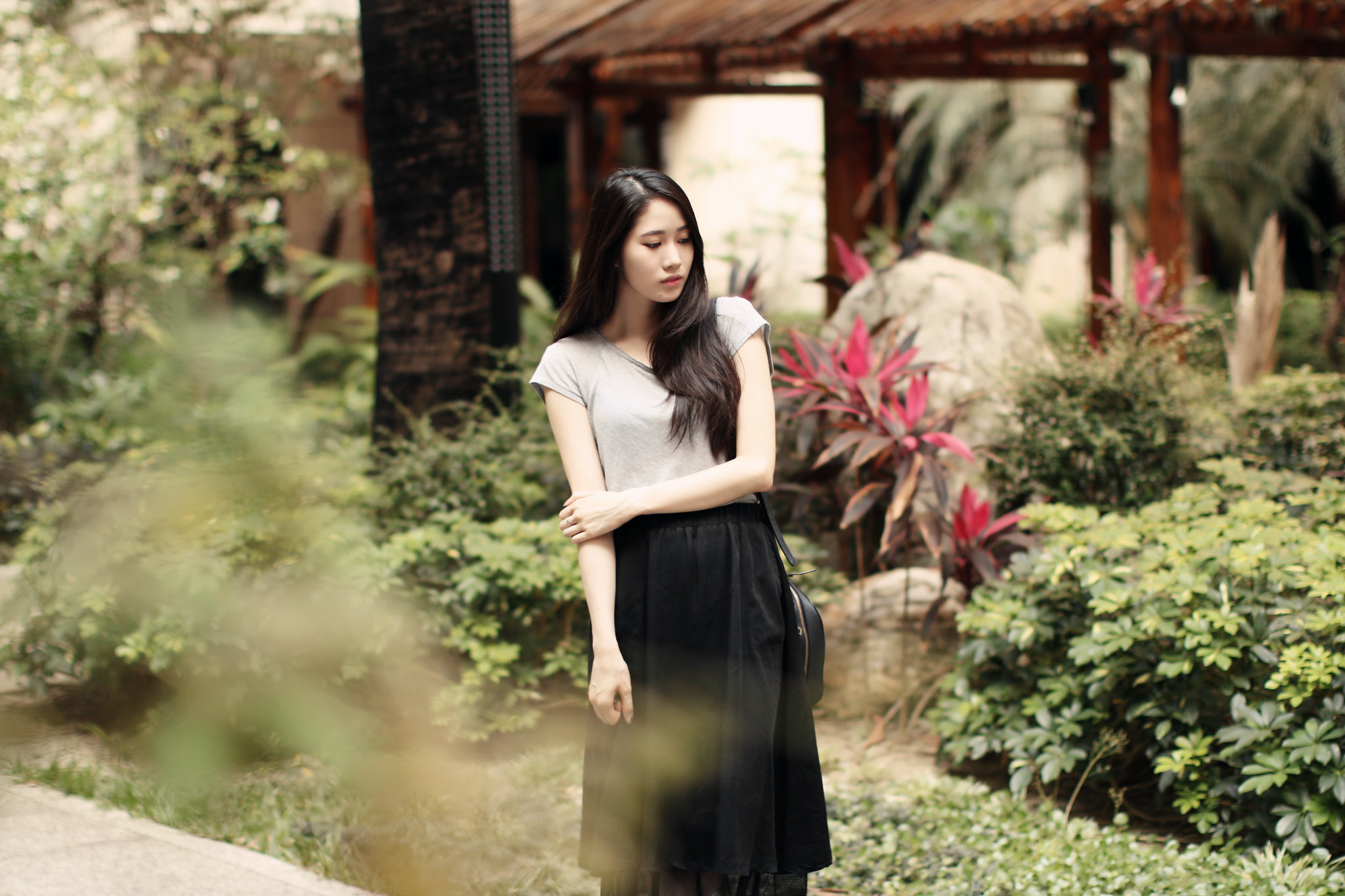 And that wraps it up! If you liked this post, I challenge you to also answer these questions because I’d love to hear about your experiences growing up, no matter what ethnicity you were! Thank you all for reading!

**For references to the videos that inspired me to write this post, please refer to Jenn Im and Amy from Vagabond Youth‘s videos.

24 thoughts on “Growing Up Chinese American”